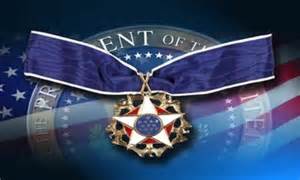 We the people ask the administration to bestow the Presidential Medal of Freedom to the twenty-nine American Citizens killed at the Thiokol Chemical Plant on February 3, 1971 and the one additional Plant Worker killed in 1973.

Posthumously award the Presidential Medal of Freedom to the 30 Thiokol Chemical Plant Workers.

Twenty-nine civilian Thiokol Chemical Plant workers sacrificed their lives in Woodbine, Georgia on February 3, 1971 and one additional Plant worker in 1973 are deserving of the Presidential Medal of Freedom.  This brave, predominately female workforce was dedicated to the mission of manufacturing and supplying US soldiers with munitions for conflict in Vietnam.   The 81mm, trip flares, CS-gas, and other materials of their hazardous labor caused the escalation of a small fire resulting in an explosion that claimed the 29 lives. The 30th life claimed came as the result of a 81mm explosion. Their effort in the defense of democracy and the liberation of South Vietnam exemplifies their resilience, patriotism and dedication.  They are role models who leave a valued legacy of love and respect for the freedom of all mankind.